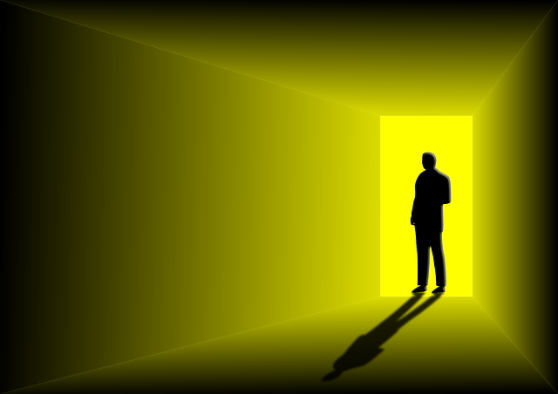 Once he was so alive–handsome, vital, and full of laughter. I miss his laugh. It was full of joy, never mean-spirited.

It was the first thing to go.

I didn’t notice at first. Chris was feeling the strain of his work, I thought. My husband was new to the firm. He was told to go to a client’s house for a deposition regarding a property dispute. Later, he said the man was creepy. I didn’t really pay attention to the details. I wish I had.

A month ago, Chris drove out to the property, but he never came home. I dreamt of him that night, and every night since. I know it’s him, even though all I see is his shadow. His shadow shouts. On a nightmare scream, I wake.

But now it’s not a dream. Chris’s shadow is here. Waiting for me.

For dVerse’s Prosery prompt, Björn has asked us to incorporate this sentence from Maya Angelou’s “Caged Bird”: “his shadow shouts on a nightmare scream”

“Your piece of prose can be fiction or autobiographic, but you are only allowed to use 144 words (which means that you need to add maximum137 words that are your own.

You are allowed to capitalize and punctuate the given line, but you are cannot add any text inside the quote.”

So, this line is from Maya Angelou’s poem, but it has nothing to do with the poem’s meaning.

© Merril D. Smith and Yesterday and Today 2017. Unauthorized use and/or duplication of this material without express and written permission from this site’s author and/or owner is strictly prohibited. Excerpts and links may be used, provided that full and clear credit is given to Merril D. Smith and Yesterday and Today with appropriate and specific direction to the original content.
Follow Yesterday and today: Merril's historical musings on WordPress.com
Loading Comments...